Never thought I’d see the day when homelessness affected my canoe camping. It has.

Last October, I came upon a more-less permanent campsite on the Walhonding River near Coshocton. I planned to camp on an island south of town where I have camped before. It’s what I call an occasional island, accessible from the mainland except when the water levels are high. As I stepped out of my canoe, I noticed fresh footprints in the mud. I climbed up the bank and saw a tent. 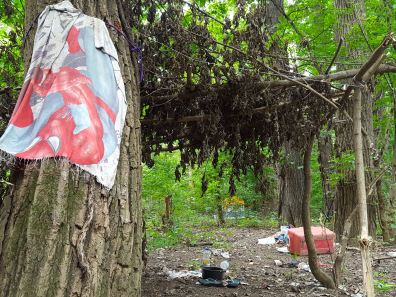 The bare ground indicates that this camp had been in use for a long time. No fire? Probably means the occupant(s) did not want to attract attention.

“Occupied,” I said to myself, and pressed on.

A few weeks ago, during a canoe trip from Coshocton to Zanesville, I stopped at the island again. No footprints this time. But, when I climbed the bank for a look-see, I found an abandoned squatter’s camp. It was the same tent I’d seen the previous year.

I pressed on to find another campsite.

Wish I could say that this was an isolated incident. I’ve been seeing more and more of this sort of thing along the rivers. 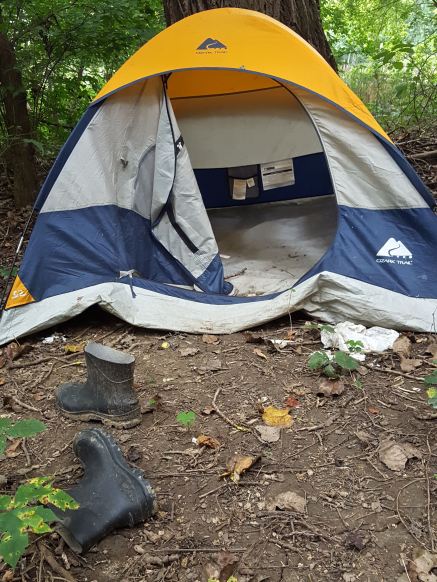